Welcome to the second character spotlight featuring Grash from Game Trayz Lab’s upcoming game Forsaken, which is coming to Kickstarter in Q3 of 2022! Our last character spotlight introduced us to Mandorax: a pod recently given the power to rewrite its core programming, seeking the direction and insight to become the best person he can. This week’s entry reveals a very different character, and another reason to add Forsaken to your BGG wishlist. 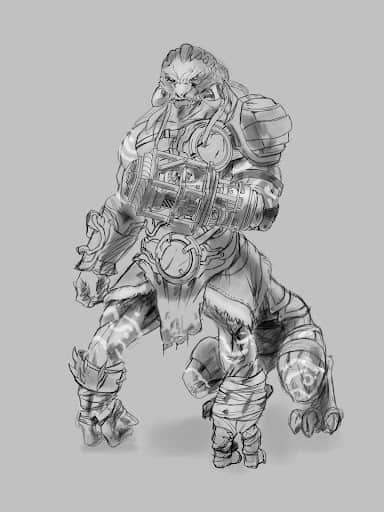 An early sketch of Grash, by character illustrator Andre Garcia.

Forsaken’s known universe spans across more than 300 inhabitable worlds. A cluster of 44 comprise the group known as the “core worlds” – the homes of the most advanced and oldest spacefaring species. As civilization sprawled across the stars, every world lived its own story–whether it was terraformed, or annexed, or peacefully introduced to the wider galactic community.

Grash was already an adult by the time the offworlders came down from the sky for the first time. Over a thousand standard cycles later, those offworlders’ civilization has long since crumbled to dust, but Grash lives. Her saurian people live longer than almost any other species in known space.

One of the first to leave her planet behind, Grash first took to the stars for a sporting event. Her arrival in the core worlds saw her meteoric rise as a prize fighter, and she quickly joined the echelons of all-time legends among gladiators in the core worlds.

Grash spent her considerable winnings visiting over a hundred worlds, and her blood even touched the rocks of some few of them, but she never found a reminder of that fear that filled her in her earliest days. Now, following Thyrria’s reputation as a world of savagery and danger, she has come to once again reacquaint herself with the face of death she once recognized so well.

Grash is a fighter, but is far from a brute. Her species are built like tanks, with thick skin and an abundance of redundant structures, but still have the intellectual capacity to match any other sapient people.

In play, Grash has more vitality than any other character so far. That means she can take more punishment and stay out longer in the dangerous outlands before needing to rest. Additionally, as long as her vitality is near its maximum, Grash gains an extra action every turn. With this extra surge of energy, she can leave the competition behind.

Her legend loop and signature gear cards are centered around managing her massive vitality pool. While her War Paw allows her to trade in vitality for extra value during combat, her loop allows her to recover her gear and also restore her vitality to its maximum. Leveraging this combo ensures you can maximize your actions while still dominating in combat. 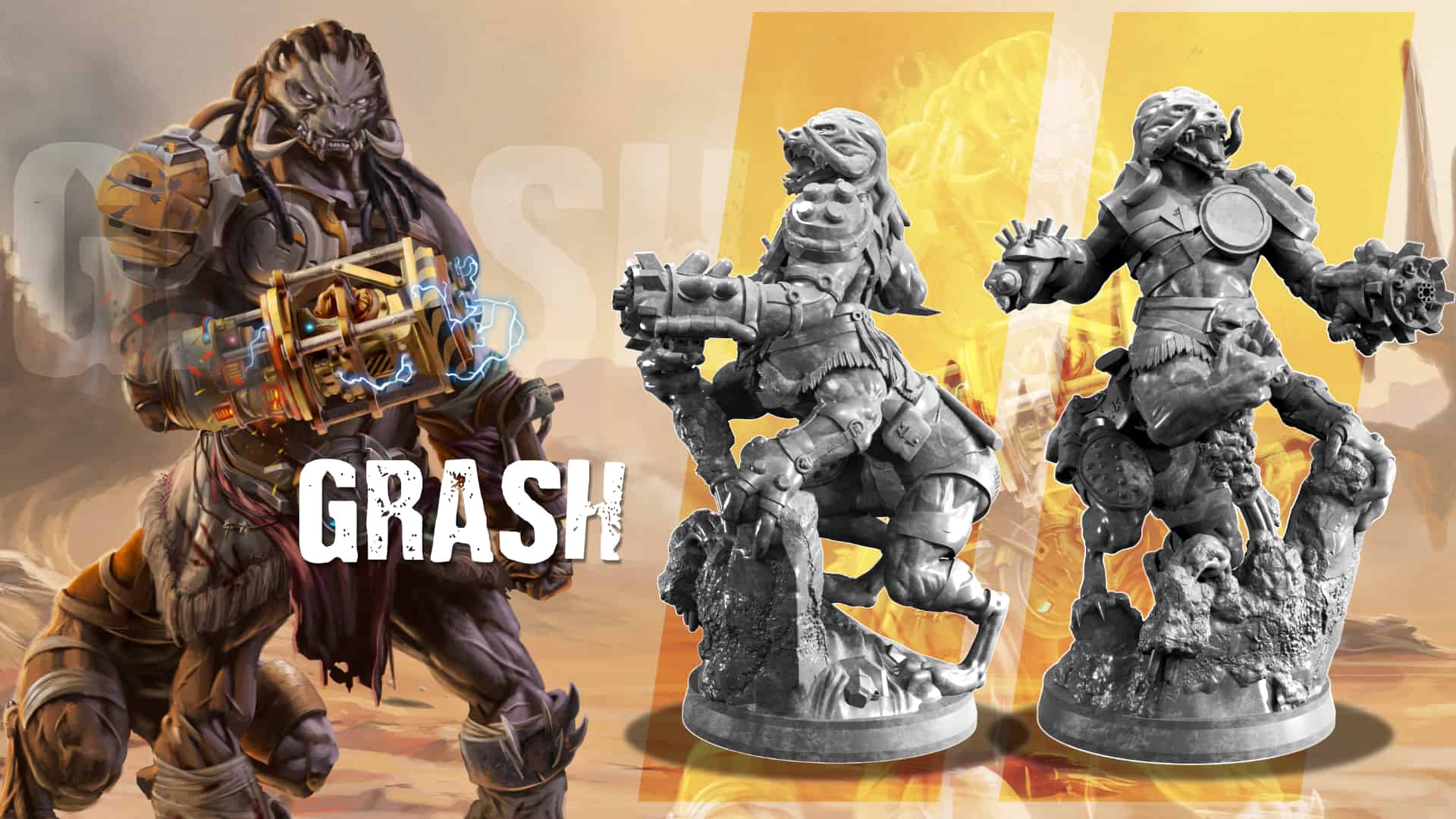 More on the Horizon

We look forward to sharing more about Forsaken and its characters with you in the weeks to come, both here and through forum posts on BGG like this one. Stay tuned!