Welcome to the fifth character spotlight featuring Melacantha from Game Trays Lab’s upcoming game Forsaken, which is coming to Kickstarter on September 6! Our last character spotlight introduced us to Piers Fallcray: a lost son of Thyrria returned home with a spark of hope. This week, Melacantha shows us a whole new dimension of Forsaken.

Many lifetimes ago, Melacantha and her wife Ibrina were xenobiologists on their homeworld of Ava IX. By the time they first studied the fungalyte pathogen, it was too late.

The fungalyte was the unnatural result of a certain type of rapid terraforming process employed by the Empyriad. It first appeared as a simple infectious agent, but then began to evolve at unprecedented rates. 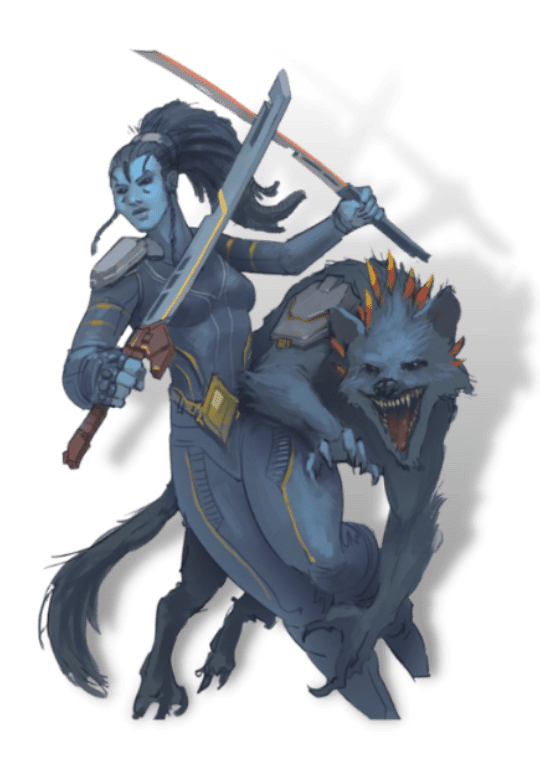 By the time it made the leap to infect inorganic matter, it was already sapient. When it evolved to infect energy and information, it was unstoppable.

As Melacantha and Ibrina’s world collapsed around them, Ibrina was exposed to the fungalyte, and transferred what parts of her consciousness she could into the form of a fungalyte-resistant beast. Alive, but only a fraction of her former self, she faithfully remained beside her partner.

Meanwhile, Melacantha developed a biofilter to hold the fungalyte around her at bay to buy time even after everything around her was consumed, and gathered every scrap of uninfected data she could on the organism. She mounted a set of empathic implants into Ibrina’s new form–now Ib–to assist in communication. And, with nothing left of her timeline, she traveled to the next.

Each timeline Melacantha traveled to in search of refuge proved to be another shadowed by the fungalyte. Some worlds were beyond saving, while others soon smothered her spark of hope. Every time she leaped through her transworld spanner, she collected more and more data into a repository she came to call the Codex. Each time she abandoned a doomed timeline, she left a copy of this Codex behind in hope that the people there could succeed where she had failed.

Now, Melacantha and Ib find themselves on Thyrria, just ten standard cycles after the Empyriad’s exodus. The fungalyte is still young and vulnerable. Could this be the timeline that Melacantha finally saves?

Even if Melacantha is not played as a character, the fungalyte looms as a threat. 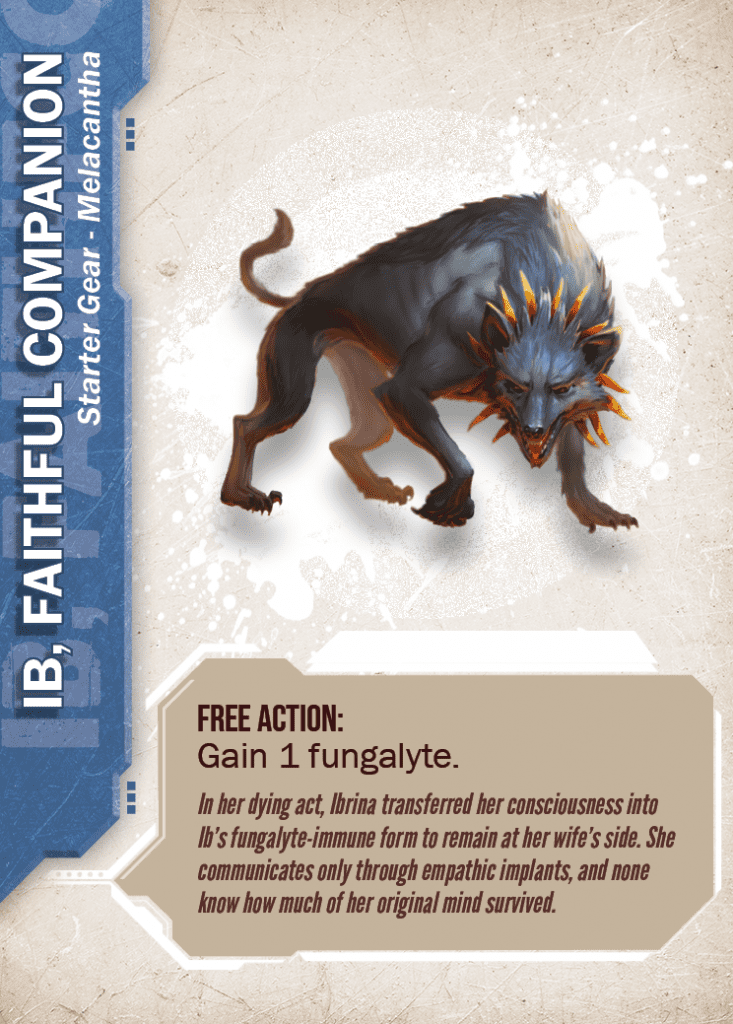 Typically found on the Mycoid Verge, fungalyte tokens slot into the vitality track on your player board to permanently reduce your maximum vitality. These tokens are only ever gained through specific story moments, which could change the context of the world around you—and the fungalyte’s place in it!

However, Melacantha knows more about the fungalyte than any other being in any timeline. Her unique experiences and technology allow her to turn the fungalyte into an advantage, and advance her relentlessly towards her goal.

Each time Melacantha would gain a fungalyte, it is redirected to her Biofilter instead of her vitality track. The fungalyte token covers up a special ability, which allows Melacantha extra actions, movement, or resources.

Unfortunately, even her Biofilter can’t keep the fungalyte away forever. Each time it fills with fungalyte, one of the fungalyte tokens migrates to her vitality track, while the others are returned to the supply.

The more fungalyte you risk-taking, the more powerful you become…but Melacantha knows too well the dangers of the pathogen that destroyed her homeworld. 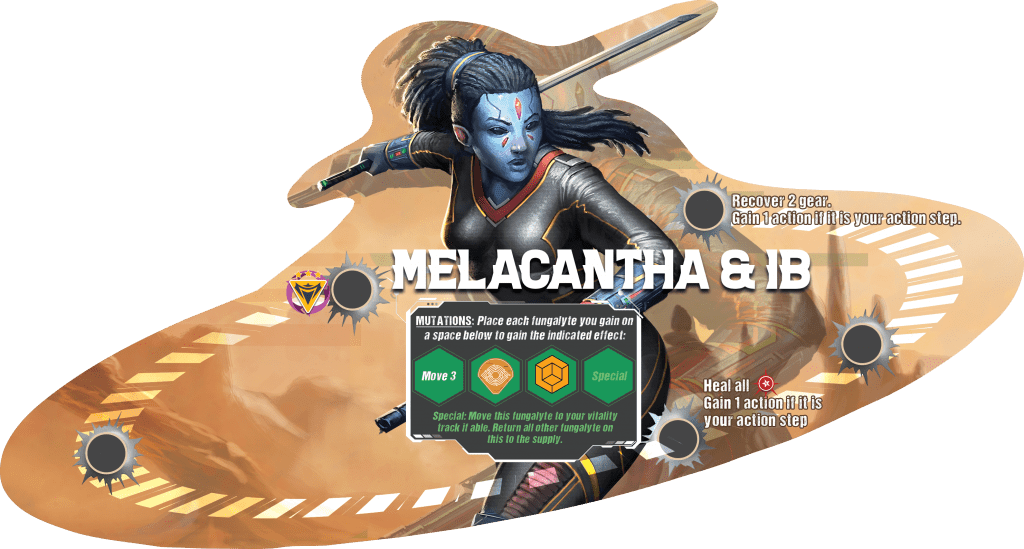 Next up in our Character Spotlight Series is Xota Xoran, the final character in our base game, a fixer, and drifter looking to piece together whatever favors it takes for her to get off of Thyrria and make her way home. Make sure to subscribe to our Kickstarter pre-launch page to be notified when we launch!