Warning: Use of undefined constant video_gallery - assumed 'video_gallery' (this will throw an Error in a future version of PHP) in /home/o9j4n0k0/public_html/wp-content/themes/divi-child/functions.php on line 60

Warning: Use of undefined constant video_link - assumed 'video_link' (this will throw an Error in a future version of PHP) in /home/o9j4n0k0/public_html/wp-content/themes/divi-child/functions.php on line 61 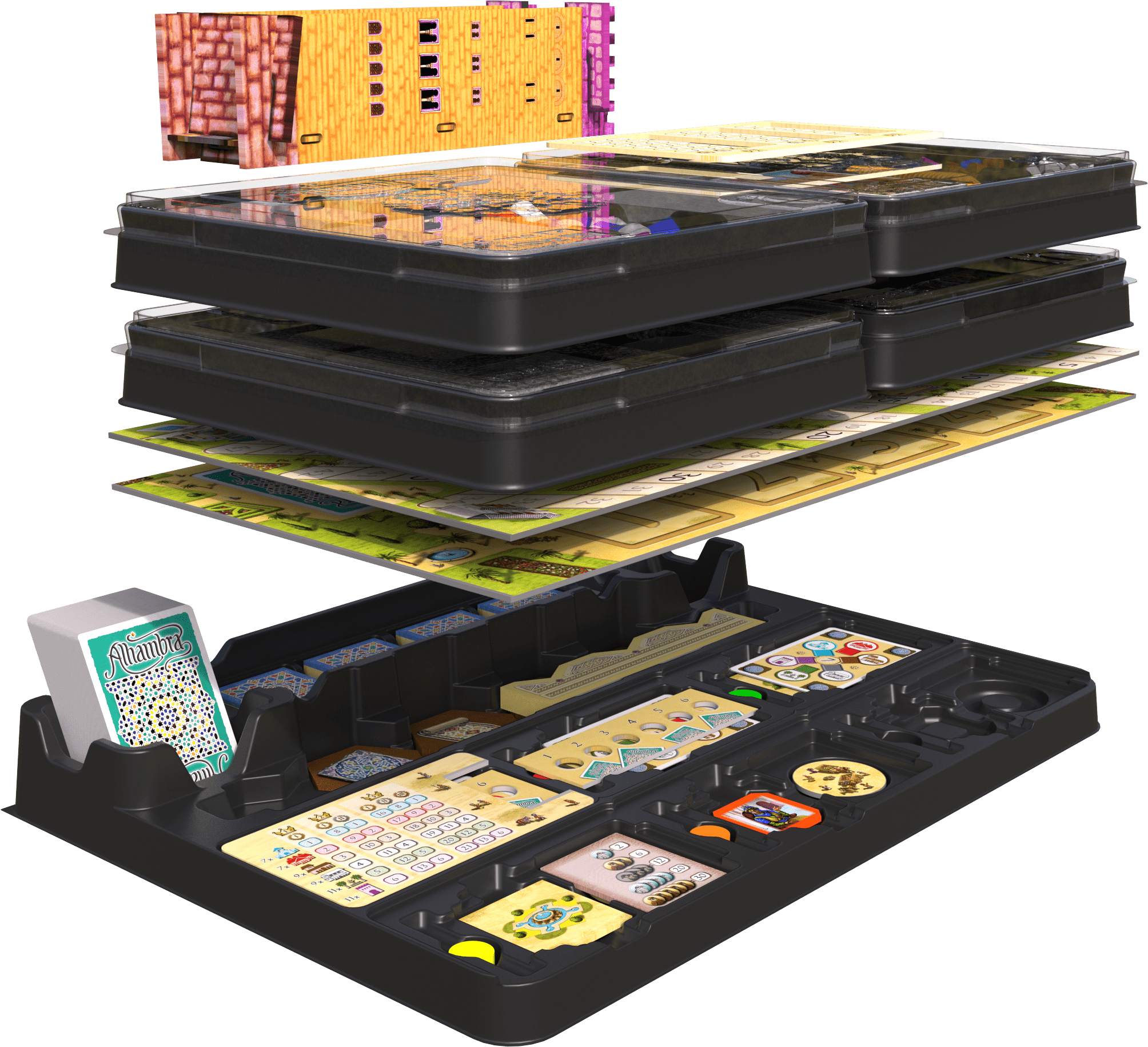 Alhambra the board game was developed in 2003 and quickly became a tile laying classic, since then it has been reimplemented and updated numerous times. In December of 2021 Queen games brought the project back to Kickstarter to introduce new art and updated rules. Included in this edition is a plethora of expansions an acrylic tile dispenser, Game Trayz inserts and a new board. If your game group wants to build an iconic building in Granada, 1278 at the foot of the Sierra Nevada mountains then check out Alhambra! The Alhambra board game insert organizer comes with various Game Trayz. The main organization comes from the base tray which separates and holds everything in this Kickstarter Deluxe version including all six expansions. There are also custom inserts with lids for the various parts in this edition making it easier to setup and tear down. All aspects of this design are meant to speed up setup time and get you playing faster than ever! 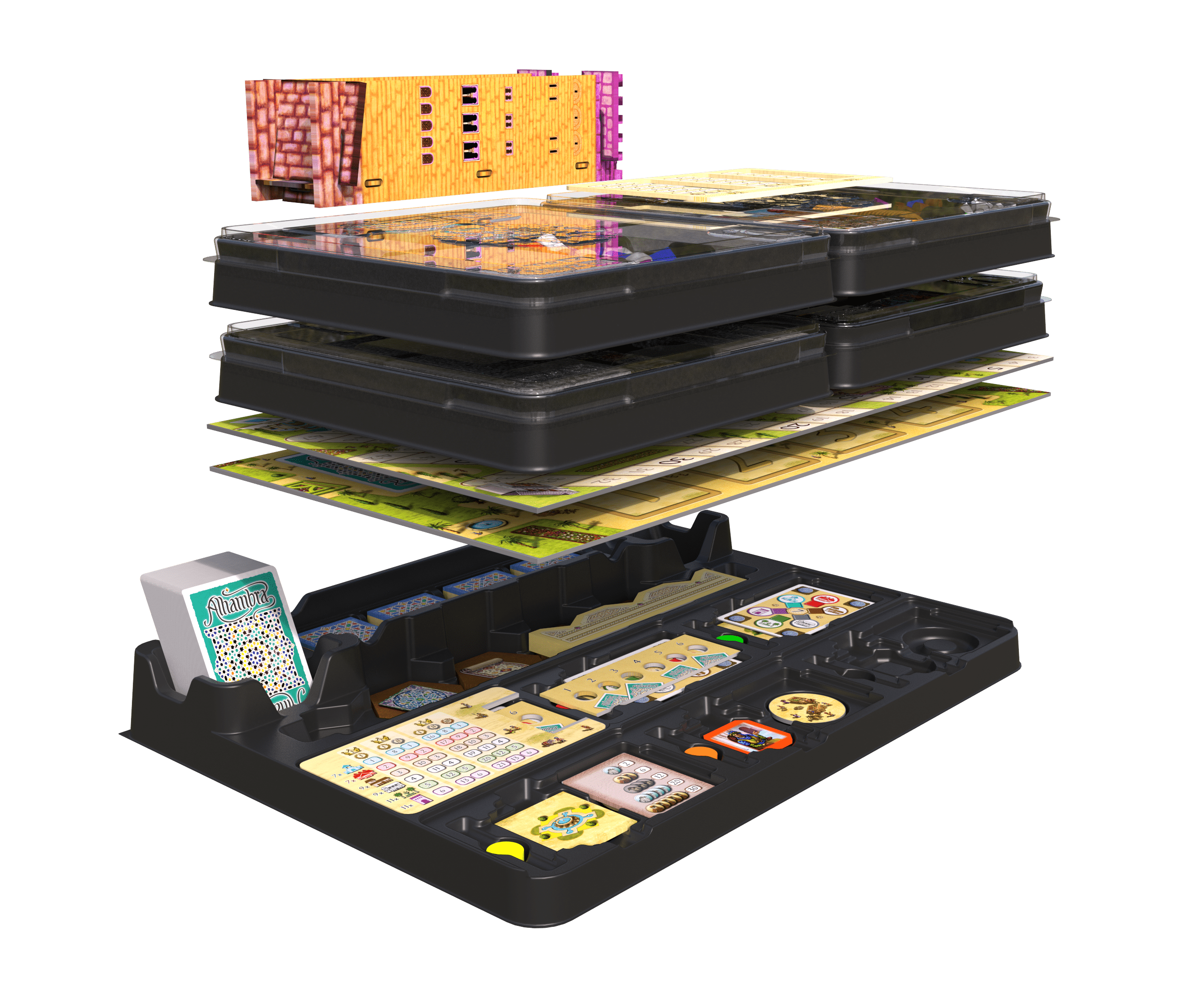 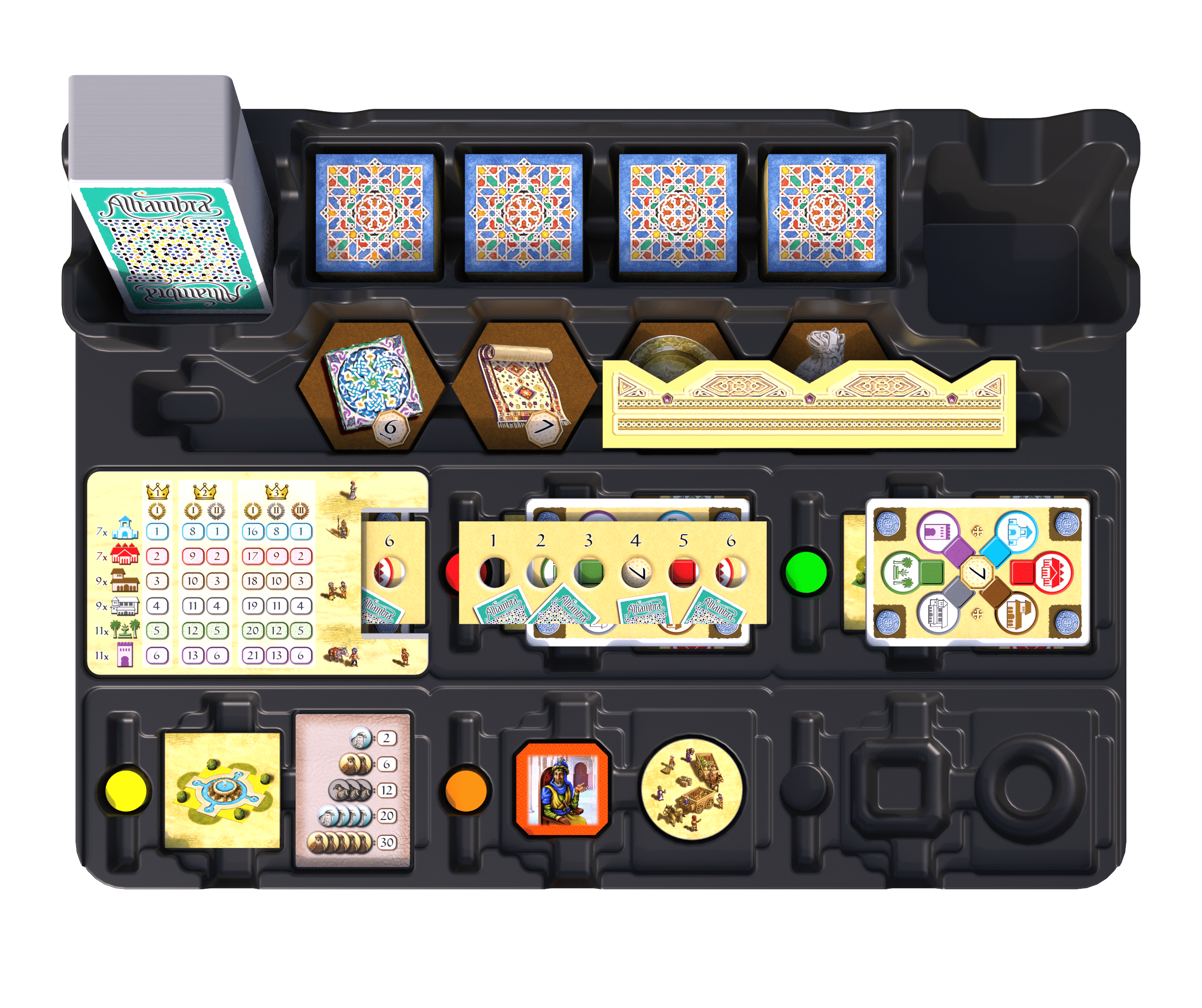 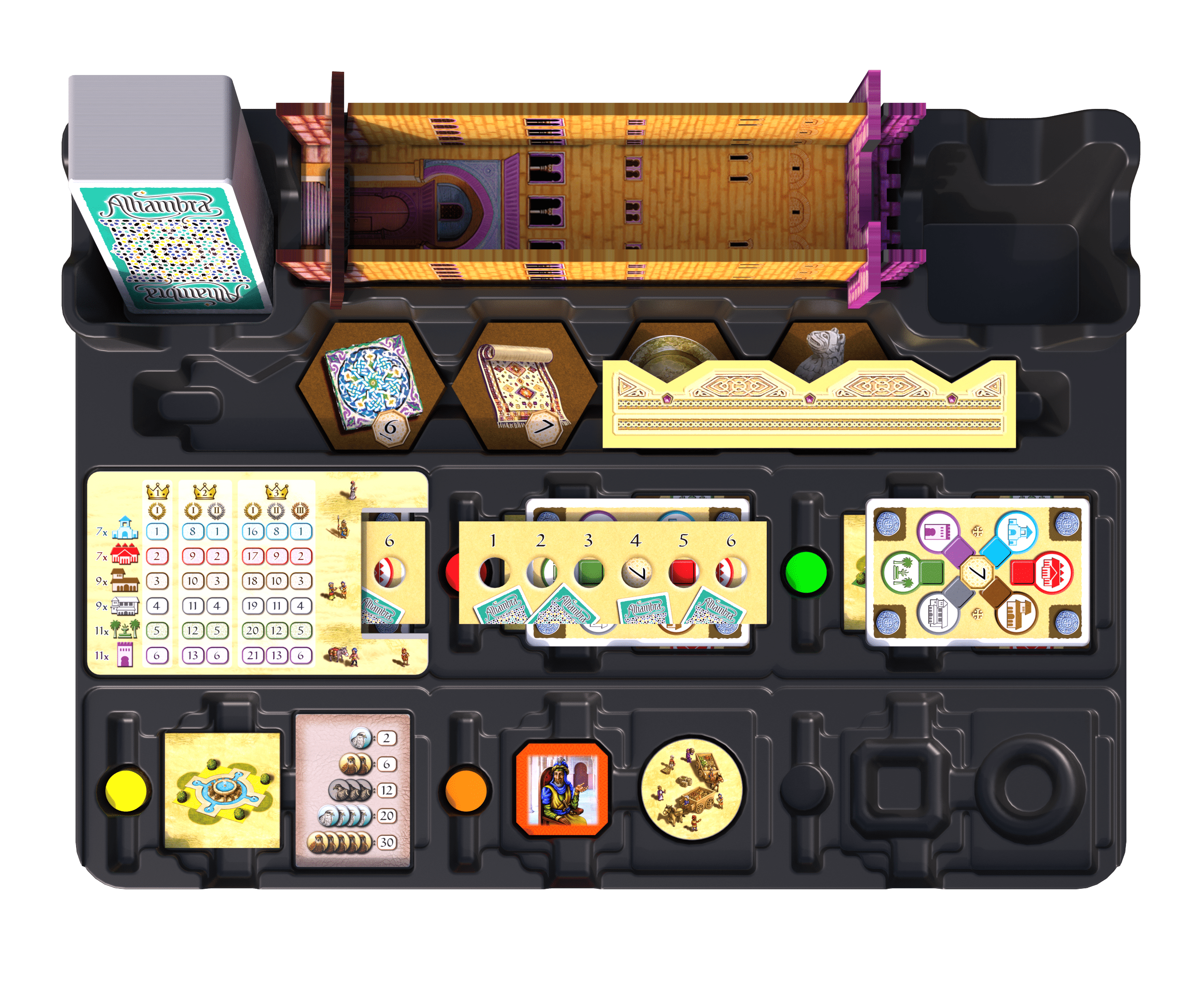 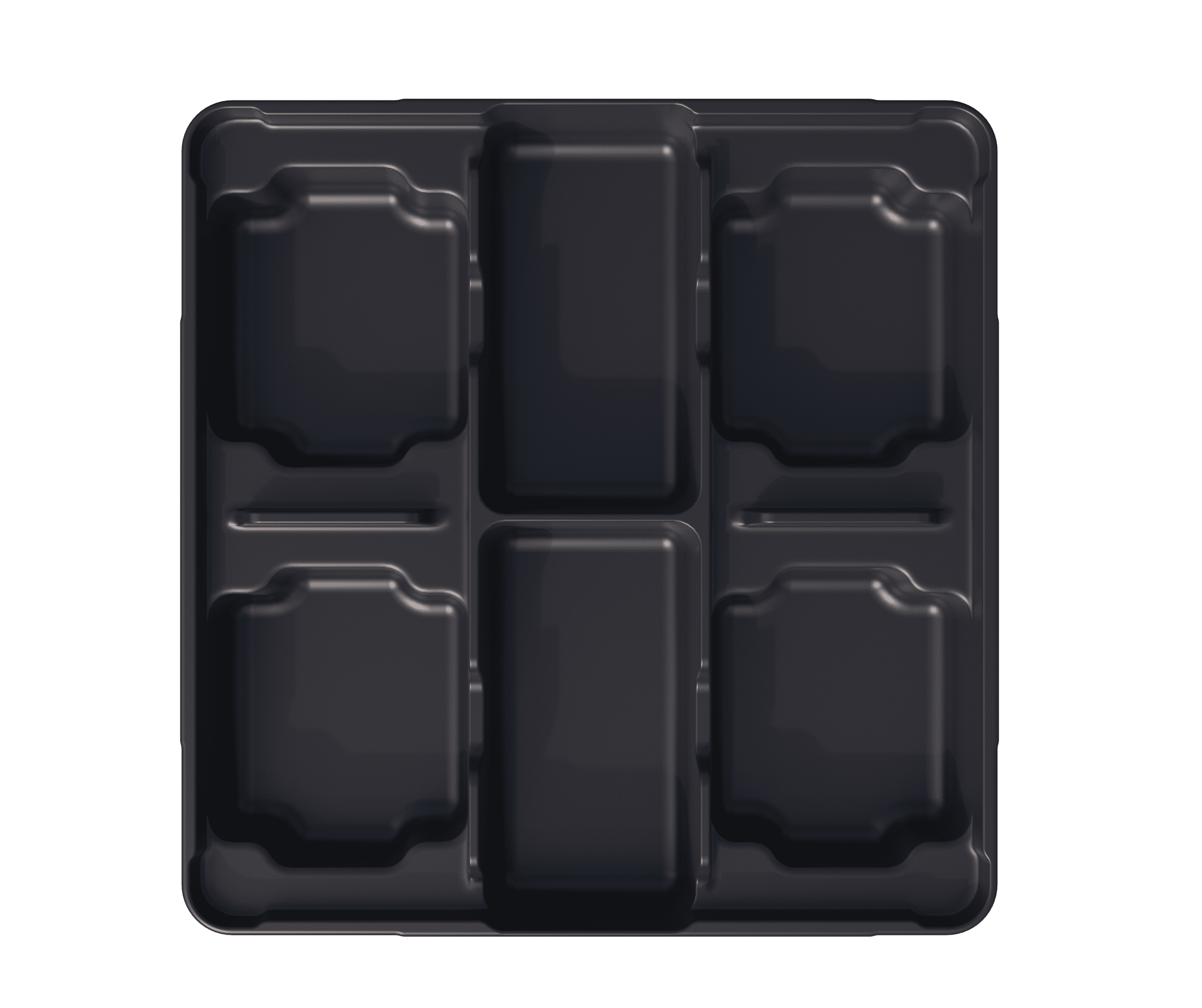 Bring Custom Game Trayz to Your Next Game